Pithoragarh district is the easternmost Himalayan district in the state of Uttarakhand, India. It is naturally landscaped with high Himalayan mountains, snow capped peaks, passes, valleys, alpine meadows, forests, waterfalls, perennial rivers, glaciers and springs. The flora and fauna of this area has rich ecological diversity. The geographical area of the district is 7,100 km2 (2,700 sq mi).

Picturesque Pithoragarh town is delight for mountaineers, trekkers, adventure seekers, botanists, pilgrims as well as sightseers. It is an important halt on the famous Kailash Mansarovar Yatra route. The rivers originating from the Pithoragarh mountains are perfect for water sports, while the lush jungles here teem with rich variety of flora and fauna. 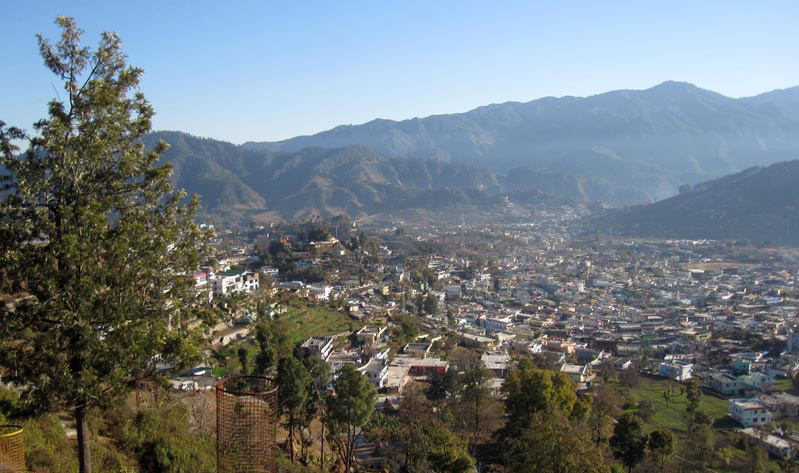 This eastern most district of Uttaranchal popularly called as ‘Miniature Kashmir’, shares international boundary with China (Tibet) on the north and Nepal on the east. The northern parts are studded with majestic peaks like Nanda Devi (east), Nanda Devi (west), Trishul, Nandakot, Rajrambha, Panchachuli group etc. The alpine meadows and glaciers below these majestic mountains has made the district a virtual paradise for nature lovers.

Pithoragarh town, which is located in Soar or Soar valley, is also its headquarter. The district is the part of Kumaon region of Uttarakhand state and which is also one of its administrative division. Pithoragarh has many temples and ruined forts reminiscent of the once flourishing reign of the Chand Kings. There is Tibet plateau situated to the north of the district. Nepal lies on the eastern borders. The River Kali originates from Kalapaani, forms its continuous eastern boundary with Nepal. It is an Indian border district with China. The Hindu pilgrimage route for Mount Kailash-Lake Manasarovar passes through this district via Lipu-Lekh pass in the greater Himalayas. The district is administratively divided into five tehsils, namely Munsiyari, Dharchula, Didihat, Gangolihat, and Pithoragarh. Naini Saini is the nearest civil airport.

Milam, one of the most beautiful glaciers of the world is in district Pithoragarh located at the height of 4250 meters above sea level. This glacier has been named after a village Milam located at 3 k.m. away from the Milam Glacier. In ancient time, Milam village was the most populous village of district Pithoragarh but at present its population is almost zero. But its importance is still maintained due to the world’s famous glacier – Milam.River Gori Ganga,a tributary of the river Kali starts from the Milam Glacier.

Pithoragarh town, being in the valley, is relatively warm during summer and cool during winters. During the coldest months of December – January, the tropical and temperate mountain ridges and high locations receive snowfall and has an average monthly temperature ranging between 5.5 °C and 8 °C. Pithoragarh district have extreme variation in temperature due to much altitude gradient. The temperature starts rising from mid March until mid June. The areas situated above 3,500 m remain in a permanent snow cover. Regions lying between 3,000 to 3,500 m become snow bound for four to six months. There are extreme points present at the different places like the river gorges at Dharchula, Jhulaghat, Ghat and Sera, where sometimes temperatures rise up to 40 °C. The annual average rainfall is 36.7 cm. After June the district receives Monsoon showers. Winter set for transhumance – seasonal migration among the Bhotiya tribe with their herds of livestocks to lower warmer areas. 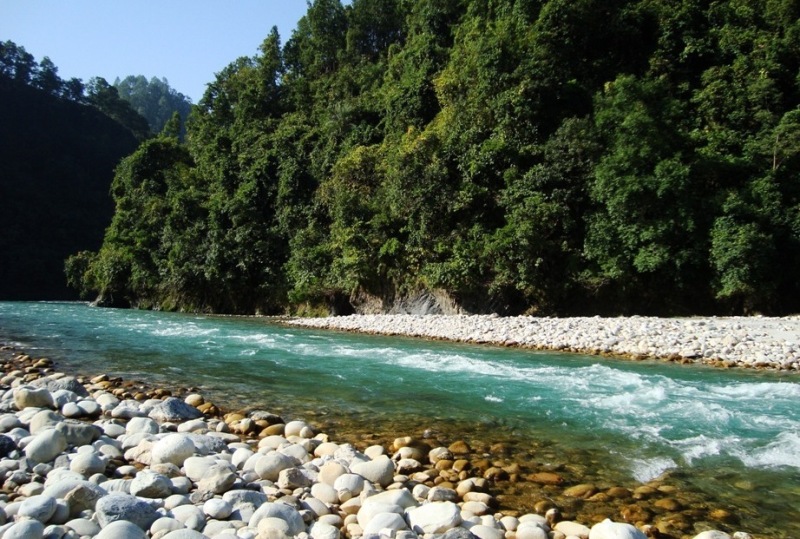 Pithoragarh is about 155 km. from Soulitude in the Himalayas and it takes around 3 hour 45 minutes to reach there.