Kainchi s a placed at an altitude of (1400 MT) On the Nainital – Almora Road, at a distance of 9 Km from Bhowali and 17 Kms from Nainital is a modern pilgrim centre. This place has achieved recognition owing to the ashram of the famous Shri Neem Karoli Baba Maharajji.

Many hundreds of people visit the temples here every day, in season. Each year, during the June 15th Bhandara, reportedly, more than one lakh (100,000) people are fed.

Kainchi is a term used for two sharp hairpin bends of the motor road in local dialect hence the name. It has NO relation with scissors. 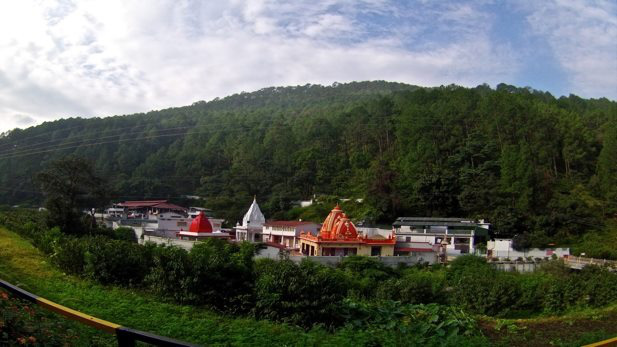 Founded by the famous Maharaj Neem Karoli Baba in 1962 and is very well maintained and kept neat and clean.

The concept of this place came into existence in 1942 when Maharaj Neem Karoli along with Shri Poornanand of the Kainchi Village proposed building an Ashram here dedicated to Sombari Maharaj and Sadhu Premi Baba who used to perform yagnas in this very place. Later in 1962, their dream materialised and the forest from this area was cleared and a rectangular platform was constructed. After due permission from the Forest Conservator, Maharaj Ji acquired the lease of this land and constructed a Temple devoted to Lord Hanuman over that rectangular platform and adjacent to it is the Kainchi Temple and an Ashram built for devotees.

The Hanuman temple is built over the platform mentioned above. His devotees started coming from different places and a chain of bhandaras, kirtans, bhajans started. The Pran-Pratishtha of idols of Hanumanji and others was performed on 15th June in different years. Thus, 15th June is celebrated every year as Pratishtha Divas when a large number of devotees come to Kainchi and get Prasad. The number of devotees and the associated vehicular traffic is so large that the district administration has to make special arrangement to regulate the same. Accordingly some changes have been made in the whole complex so that people do not face any difficulty in movement.

But just as Jobs is known for his addresses at Apple product launches, his historic Stanford speech and his passion for innovation and curve jumping thinking, something which turned Apple from bankruptcy to the world’s biggest tech company; he’s also known for his views and comments about another revolutionary, the Microsoft Founder Bill gates.

From time to time, Steve Jobs – once a Hare Rama Hare Rama (ISKCon) Sunday meal hungry college dropout; has reflected upon his thoughts about Microsoft founder Bill Gates; something which many think shed a great deal of light on Jobs’ past and pre-Apple days.

In one such occasion, reports WSJ, Jobs told New York Times in a 1997 interview referring to Gates:

“I wish him the best, I really do. I just think he and Microsoft are a bit narrow. He’d be a broader guy if he had dropped acid once or gone off to an ashram when he was younger,”

According to people who have followed Jobs’ life closely, he didn’t say the above, just for the sake of saying. Jobs’ actually recommended Gates the mantra, which he did when he was young and continued trying till now. 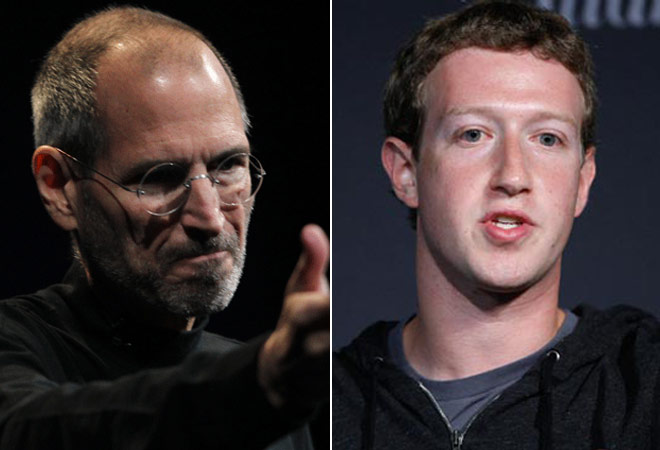 Deeply influenced by the Indian spiritualism in 70s; Steve Jobs born February 24, 1955, visited India in 1974 as a hippie (the same hippie connection which makes many connect Steve with untidiness even now) for what he calls “spiritual retreat” and a philosophical quest. The move many psychologists, link to Jobs being adopted by foster parents right after birth; but later his biological parents(Steve jobs born as Steven Paul Jobs to an American mother and a Syrian father in San Francisco, California) happened to tie the knot and gave birth to and raised a child, Jobs’ biological sister. how he funded his India journey, by taking a job at Atari.

While at Cupertino Junior High School and Homestead High School in Cupertino, California, Steve, who always had inclination towards computers, used to attend after-school lectures at the Hewlett-Packard Company. After his graduation from high school in 1972, Jobs enrolled in Reed College in Portland, Oregon, but dropped out after first semester (first three months). Instead he enrolled himself in non degree Calligraphy (beautiful handwriting) classes; and stayed with friends in their hostel room. Monet skint, as he had ditched college degree, jobs used to audit classes at Reed, returned Coke bottles for food money, and didn’t refrain from getting weekly free meals at the local “Hare Krishna” temple (this is the Sunday free meal connection at Hare Rama Temple).

Jobs returned to California in 1974; and took a technician job at popular video games manufacturer Atari, primarily to save money for visiting India in search of spiritual enlightenment. Spending time there as a hippie in quest of eternal knowledge (experimented with psychedelics, calling his “acid” or Lysergic acid diethylamide experiences “), Jobs returned from India in the same year as a “Buddhist”; if not in practice but at least in appearance.

In 1976, Jobs founded Apple along with his college friend Steve Woznaik; with whom he used to attend after school Hewlett-Packard Company classes as well. According to Steve, he got the inspiration to found Apple, during his stay in India. In India, Steve visited Kainchi Ashram, in Nainital, in the state of Uttarakhand (the Ashram of Baba Neem Karoli or Baba Neeb Karori, considered a reincarnation of Lord Hanuman, a monkey God in Hinduism); and it’s where he is believed to have got the vision to create Apple.

During PM Narendra Modi’s recent US visit, Facebook founder Mark Zuckerberg mentioned that he had visited a temple in India during the initial days of Facebook on the advice of late Apple founder Steve Jobs, according to an Economic Times report.

The temple Jobs was talking about is Kainchi Dham Ashram in Nainital, Uttarakhand. He himself had visited the temple during the 1970s.

Kainchi Dham is about 18 km. from Soulitude in the Himalayas.