Binsar is a scenic, sleepy and a cut-off travel destination, situated in Kumaon region of Uttarakhand state, which will bring you much closer to the nature. Located at an elevation of 2,412 mts above the sea level, Binsar is situated amidst Binsar Wildlife Sanctuary.  The main attraction of Binsar is the 300 kms of majestic and panoramic view of Himalayan peaks from Zero point. 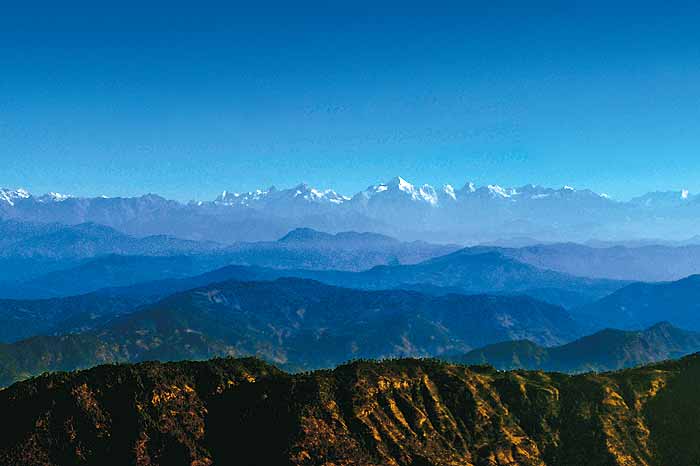 Binsar is an ideal destination for writers, nature lovers and adventure lovers. The views of major peaks like Chaukhamba, Panchachuli, Nanda Devi, Nanda Kot, and Kedarnath are distinctly visible from here.

Binsar Hills known as Jhandi Dhar, rise to a height of 2412 mts and offer an excellent view of Almora town, Kumaon hills and the greater Himalayan valley.

If you are a die-hard nature lover then prepare yourself to add Binsar in your bucket list. It is an ideal place for Bird watching and wildlife photography.  There are several popular excursions in proximity of Binsar. Take peaceful and serene walks at Binsar, enjoying the unmatched beauteousness of nature.

Binsar Wildlife Sanctuary was setup in 1988, is spread over an area of 45.59 km and is situated at an altitude varying 900 to 2500 metres with an average height of 2412 mts. Binsar is rich in its flora and fauna due to the proximity with Binsar Wild Life Sanctury. The slopes have a varying expanse and the terrain has been shaped by the action of running water.

The sanctuary has been declared an ‘Important Bird Area by Bird Life International‘. as there are more than 200 species of birds in the sanctuary, including Forktail, Blackbirds, Laughing Thrush, Kalij Pheasant, Nuthatches, Parakeets and Monal.

An entry ticket of Rs. 40 per person and Rs. 50 for a car has to be paid at the entry point of Binsar. Electricity is limited in Binsar region so as to prevent the exploitation and degradation of natural beauty.

It was the capital of rulers of Chand Dynansty, which ruled over Kumaon, from 11th to 18th centuries AD  and enjoyed their summers at Binsar.

Binsar is also noted for mythological warfare between King of Binsar and Golu Devata. Due to some confusion Golu Devata was beheaded and his trunk fell at Gairad Dana Golu, near Binsar national Park and his head felled at Kaparkahan near Binsar. Both these places have ancient temples of Lord Golu.

Binsar offers salubrious climate throughout the year. During monsoons Binsar offers varied greenery and receives snowfall during winters.  The climatic conditions prevailing in the Binsar sanctuary range from temperate to sub-arctic. 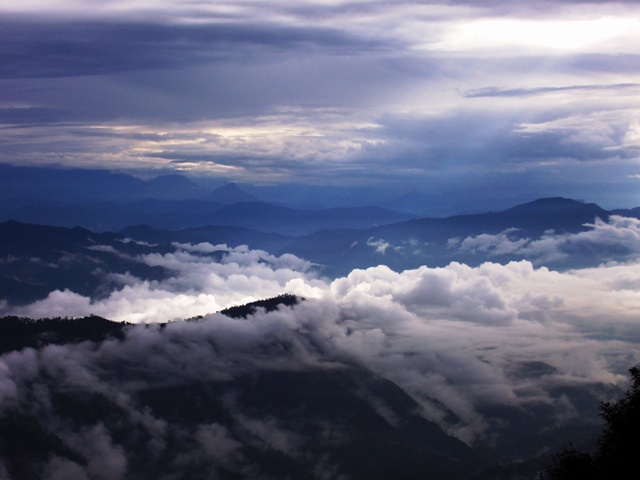 Monsoons in Binsar: The rains makes the surroundings of Binsar completely green with mist and clouds all around. This time is one of the best for couples for a romantic getaway at Binsar. The season extend from July to September

Winters in Binsar: Binsar winters are very cold, and the maximum temperature during the winter months will range around 24°C. and the minimum temperature can go up to 0°C. Winter months are: October, November, December, January and February. This time is best for nature lovers, bird watchers and honeymoon couples.

Cloths: Light woolens are recommended during the summers whereas heavy woolen should be carried during the winter season.